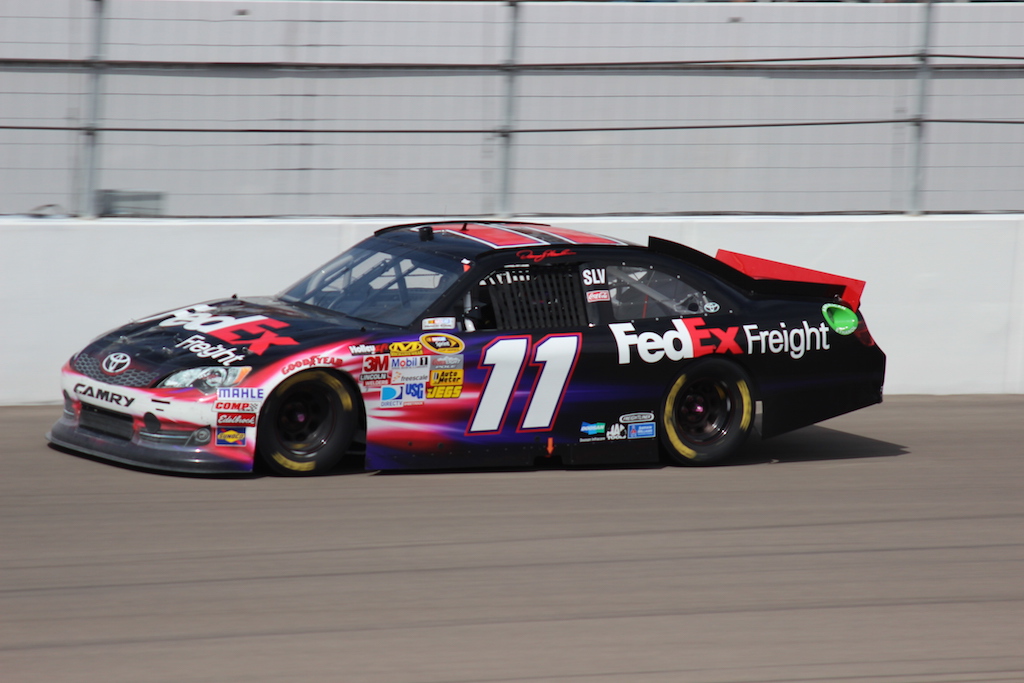 Itttts Bristol! One of the most unpredictable places for racing, providing very high variance for NASCAR DFS is back! This article will be focused on the Series Bass Pro Shops NRA Night Race slate on DraftKings on 8/20/16. Head over there and load up on your cash games and especially GPPs because this is sure to be an exciting week. While cash games will be very vanilla, as they typically are, this is a great week to go off the board in your GPPs. There are a ton of crashes that occur at Bristol and off the board guys can make the difference, taking you to the top of the leader board, and to glory! This is a week that you will want to fit in 2 or 3 dominators in your lineups and then fill the rest of the spots in with high upside place differential guys. There are 500 laps, so there are a ton of dominator points up for grabs. Some weeks you will want to ignore practice lap times for your research, but this is a good week to utilize those practice lap times. Bristol is a concrete course, which means it will race similarly at different times throughout the day and night. It features steep banking, similar to Darlington and Homestead, so you can use those courses as reference to find an edge.

($9,700)Carl Edwards
Let me start by saying Edwards is a great play. With Carl capturing the pole position in qualifying, having won at Bristol this year, and having great history here, he will be insanely chalky. While certainly likely to capture a lot of dominator points, fading him in tournaments could be a very profitable strategy, with the aforementioned randomness of Bristol. It can be hard to pass at this course so lock him into your cash games.

($9,500)Denny Hamlin
I think I will build around Hamlin in GPPs, fading Edwards and rotating other dominators in and out of lineups. Don’t get me wrong, I will have some Edwards lineups, but I will be under the field on ownership as he may approach 50%. Hamlin was extremely fast in practice, recording the 5th fastest speed at 129.256 MPH and 2nd fastest 10 laps at 14.915 seconds. With how hard it can be to pass at Bristol, the top two guys will always be in play on this track. Another great cash game play.

($9,200)Matt Kenseth
Kenseth is a great GPP play and he will likely be an extremely under owned dominator, starting 5th. He has the highest driver rating at 102.1 and has the second most fastest laps at Bristol. Pretty much everything lines up for Kenseth. If he can get up to the pole position within the first half of the race, I could see him capturing a large % of dominator points.

($10,600)Kyle Busch
This is my last dominator pick, starting 3rd, although you can mix in Truex, Keselowski, and maybe some Logano as well. Busch has the most laps led here and the second highest driver rating of 99.7. I think he will go under owned as people will find it much easier to either fit in Edwards or Hamlin into their lineups, or dip down to Kenseth and Truex, due to the steep price difference.

($8,300)Tony Stewart
Stewart makes for a great place differential guy in your lineups. He is starting 27th and has an average finish of 17.42 in his last 15 short track races. He also averages a finish of 9.67 in his last 5 races at Bristol and an average finishe of 9 in his last 6 races. I like him for cash and GPP purposes as he is extremely likely to be on the move, passing guys left and right.

($10,400)Kevin Harvick
Harvick is usually a guy you aren’t used to being a place differential driver, but he is starting 24th. Such a talented athlete(yeah I said it), with a driver rating of 111.1 in his last 5 races, starting so far back is a lock in cash games for me, if I can squeeze him in. I think it is doable with so many cheap dominators this week, such as Edwards Hamlin, Kenseth, and Truex, all under $10K.

Bargain Bin Ballers:
($6,900)Clint Bowyer and ($7,000)Greg Biffle
These plays are extremely chalky and obvious place differential drivers, but that doesn’t mean you should necessarily fade them in GPPs. Starting 31st and 34th respectively they both have an average finish at 15th or above in their last 23 and an average finish of 18th or better in their last 15 short track races.

Matt Dulcan is a top 100 ranked NASCAR DFS player on RotoGrinders and has taken down the large $3 GPP.