Fantasy Football: Winning the Draft with your Second Running Back 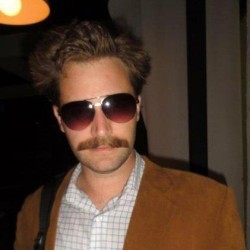 Tim Boras
Tim Boras ran the fantasy football site Trade Them All and is a contributor to XN Sports. Follow Tim on Twitter @TimBoras

The 2013 fantasy football season is at our doorstep, and one thing is certain: you need running backs. Check out any Mock Draft in any format and you’ll see 10-15 running backs gone in the first two rounds. Many self-congratulating fantasy owners will tell you not to worry, as it’s the later rounds of the draft that win you a title. I disagree. The first four to five rounds of your draft are most crucial, as these players are your team’s driving force. Those of you tempted to swim upstream and grab a quarterback or wide receiver in the first two rounds will face the inevitable pains of a weak running back core. Thus, many experts recommend going RB/RB to start your draft. I won’t tell you they’re wrong. I’ll simply remind you to be prepared.

The RB1’s are pretty clear-cut this season. Adrian Peterson, Arian Foster, Marshawn Lynch, Doug Martin, Jamaal Charles, C.J. Spiller, LeSean McCoy, Ray Rice, Trent Richardson, and bringing up the rear, Alfred Morris. What makes these guys so special? There’s not a timeshare in the bunch. You can expect 250+ carries from all of them. Aside from Lynch and Morris, you can also expect 40+ targets.  Rank these 10 however you like, as it’s unlikely you’ll end up with more than one of them. But you’d better get one of them.

The rest of the running backs are divided up into three categories: Potential RB1, Definite RB2, Potential RB2. Fear not. I will rank these.

Durability issues, blah blah blah. Forget that, and focus on the potential. We aren’t talking about Darren McFadden here.  After playing all 16 games his first three seasons, he only managed 12 in 2011 and 15 in 2012. All he did in 2011 was rush for 1,000 yards (ok, 997) and catch 52 passes. Yowza. Last season’s 44 receptions were a career low, or, one higher than Adrian Peterson’s career high. If Forte plays a full season, you can expect well over 1,000 yards on the ground, and 50-70 receptions. That’s Ray Rice, Arian Foster territory. And if you’re worried about the lack of goal line carries, chew on this.

In 2012 he rushed for under 30 yards five times, including three straight to start the season. That kind of start will sit in an owner’s mind all season. I can forgive and forget. Despite his awful start, Johnson finished within reach of the top 10, despite a career low 36 receptions. He averages closer to 45 receptions a season. Johnson also managed 4.5 YPC with his struggling offensive line. The Titans have revamped their line this offseason, and in the preseason Johnson has looked quick, elusive, and most importantly, confident.

I know this is hard to do, but forget 2012 ever happened for MJD. He was out of shape after a contract holdout, and was gone for good by week seven. Despite his absence from preseason games, his foot injury won’t keep him from starting the season. Forgetting 2012, here’s what Jones-Drew has averaged each season as the Jags’ feature back:  318 rushes for 1440 yards, 42 receptions for 355 yards, and 11 total touchdowns. See why forgetting 2012 is so tempting?  There are only a handful of running backs who can put up 1,800 total yards and double-digit touchdowns. More importantly, MJD is only 28, making him far less risky than a certain 30 year old Falcon.

The dream of 2006 is alive in Fantasyland. That season Jackson rushed for 1,500+ yards, had 90 receptions for 800+ yards, and 16 total touchdowns. Since that time, Jackson hasn’t managed 1,800 total yards or 10 total touchdowns. And he isn’t getting younger. The general expectation is that Jackson will capitalize on the countless goal line touches Michael Turner enjoyed. Jackson’s receptions will continue to decline, as he’s now in a loaded passing offense, with slick receiving-back Jacquizz Rodgers stealing touches. He won’t be a legit RB1, but he’ll certainly tow the line as your RB2.

The nightmare of 2010 is fading in Fantasyland. Injuries, and, quite simply, a terrible team, relegated Gore to 11 games that season.  Thanks to his receiving skills he managed 1,200+ total yards.  With only five total touchdowns, many fantasy owners gave up on this tank. In the last two seasons, Frank has played all 16 regular season games. While his reception totals have dramatically dropped (down from around 50 per season to around 20), he’s rushed the ball for 1,200+ yards on 250+ carries.  With an improved and spread out passing offense, Gore will continue to grind out yards. He operates behind one of, if not the best offensive lines in the NFL. He takes the bulk of the goal line carries, and, well, he hasn’t shown any signs of slowing down.  If I had to bet on Gore or Jackson cracking the top 10, my money’s on Frank the Tank, and you can take it to the bank.

Ridley was a risky pick in 2012. It was tough to imagine a second year player matching Benjarvus Green-Ellis’ touchdown production in a decidedly pass-first offense, as BGE averaged 12 touchdowns between 2010-11. So what did Ridley do? He rushed for 1,200+ yards and 12 touchdowns. Based on his 290 carries in 2012, expect similar yardage.  However, the lack of elite receivers for Brady and an increased workload for Shane Vereen may deplete some of Ridley’s touchdown numbers. And in the end Ridley will likely finish with the least amount of receptions for a back with 250+ rushing attempts.

Truth be told, I wouldn’t have called Wilson a definite RB2 before the Andre Brown injury. His proponents point to his five YPC and four touchdowns on only 71 rushes as evidence of his impending breakout season. My expectation was 1,200 total yards and eight touchdowns. With Brown out, he may very well crack double-digits. If his role in the passing game increases, Wilson has all the makings of a Chris Johnson-caliber fantasy performer.

He’s the last of my sure-fire RB2 for one main reason: receptions. In 2011-12, Bush had his best years on the ground.  He averaged 1000+ rushing yards on 200+ carries, with six touchdowns. If (an historically big “if”) Bush can manage 15-16 games played, he will likely see his targets swell to anywhere between 70 and 100, as Matthew Stafford throws the ball around more than any quarterback in history. Joique Bell and Mikel Leshoure will be around to steal touches, but the Lions acquired Bush with the intention of using him heavily. We may very well see the most productive season of Bush’s career.

Were it not for a hand injury, Sproles would have eclipsed 2011’s 86 receptions. Mark Ingram’s preseason has ensured his place as the Saints’ primary rusher. He won’t give you the 1,300+ total yards of 2011, but we could witness 100 receptions. Even so, Sproles has never eclipsed nine touchdowns in a season, and at age 30, his health will continually be a threat to his production. Even in PPR formats, a realistic goal of 80 receptions and 1,000 total yards only makes him the equivalent of a fringe top 10 receiver.

The Packers have been a black hole for fantasy running backs. The last few years have made Green Bay consider building a statue of Ryan Grant. Eddie Lacy carries a heavy burden, as his sven YPC in college in a tough conference has provided a bit too much hope.  The reality of his situation is that a 1000 yard rushing season is his likely ceiling. The touchdowns won’t be ample. Aaron Rodgers is lethal in the red zone. James Jones had 14 touchdowns. 14. James Jones. Still, Lacy has the opportunity to win the job outright over fellow rookie Jonathan Franklin. Given that chance, Lacy may be poised for a strong second half this season.

With Reggie Bush departing for Detroit, second year player Lamar Miller is the likely future of the Dolphins rushing attack.  Daniel Thomas has been given plenty of opportunities to take the job, but his career 3.5 YPC has all but sealed his fate as a future preseason cut.  Meanwhile, Miller displayed some brief moments of brilliance in 2012, and his 4.9 YPC makes him look like Barry Sanders next to Thomas. Lamar is a solid receiver, and should be the primary check down for Ryan Tannehill.  Given 250 total touches, he has the potential for 1500 total yards.

Daryl Richardson:              Inherits Steven Jackson’s situation with half the talent.

DeMarco Murray:            Injury risks throughout his college and pro career.