Tim Tebow’s Past Performance Will Dictate His Roster Spot 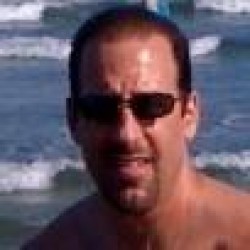 Patrick Languzzi
Patrick Languzzi is a contributing writer for MLB Reportson the National Baseball Hall of Fame and is the creating founder of Call to the Hall. Patrick also enjoys writing about the NFL and his credentials include providing statistical research for The New England Sports Network (NESN) on several Red Sox player biographies.You can follow Patrick on twitter at: @PatrickLanguzzi

11:07 a.m. UPDATE: Tim Tebow has been released by the Patriots

Tim Tebow was just 5-of-19 passing going into Thursday evenings game, yet he still survived Tuesday’s mandatory cut down to 75 players, even after not seeing any playing time during the team’s third pre-season game versus the Detriot Lions. Most believe that Thursday’s final pre-season game was Tim Tebow’s last opportunity to demonstrate his worthiness for a spot on the Patriots’ 53-man roster.

If you believe that past performance is a predictor of future outcomes, then Tebow’s last chance performance against the New York Giants, with only six seconds remaining to put the Patriots ahead for good, should give you confidence in his potential ability to play and contribute in some way, shape or form.

In his short stint as a 2011 starting quarterback in the NFL, Tebow’s amassed some incredible play, below are some examples to make my case:

So is it within the realm of possibility that Belichick sees the same things? I believe so, and I don’t believe I’m the only one, just ask Josh McDaniels who drafted Tebow in 2010 as the NFL’s 25th overall pick.

In Belichick’s 30 plus years of coaching in the NFL, he’s seen and coached them all. Don’t let anyone fool you. Belichick knows exactly what he wants to do with Tebow. Belichick was quoted in a Boston Herald piece earlier this week on Tebow saying, “He’s great to work with, outstanding … smart, works hard, football is important to him.”  All qualities Belichick loves in a player and I believe he meant it.

Tebow finished the Patriot’s pre-season going 11-for-30 with two-touchdowns, two-interceptions, seven sacks, completing  36.7 percent of his passes with a 47.2 percent passer rating, ugly I know, but even Tebow has admitted that his play can be stressful to watch at times.

Should Tebow make the Patriots 53-man roster, and I believe he will, some how, some way, God only knows (no pun intended), Belichick will find a way for him to contribute and help this Patriots team win. It also never hurts to have the team’s owner on your side. ESPN Boston reports Robert Kraft quoted as saying, “I’m rooting for him big time … I’m in his corner.”