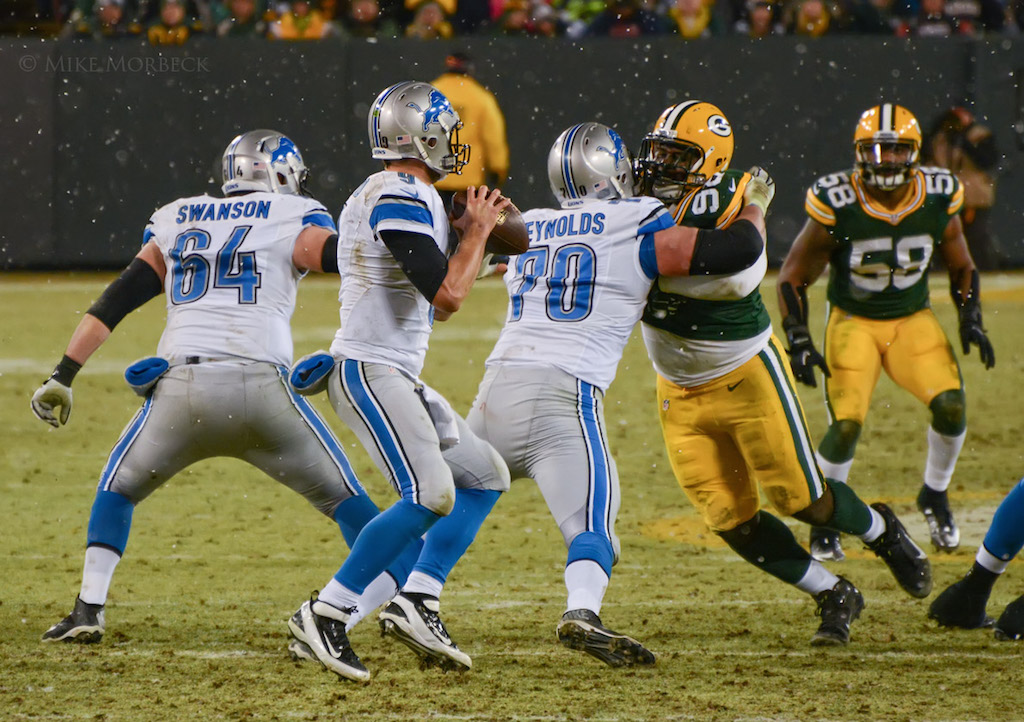 What a difference a year makes.

It’s not just the standings – although it is nice to be back atop the leaderboards over at NFLPickwatch for the third time in four years – but the overall flow of the season, itself. A team rises suddenly, plays well, then sinks back down to the depths. And vice versa. It’s the natural order of the football world. There are exceptions, but they are, by definition, outliers.

Last year, these outliers gave the false impression that they were representative of a changing tide. Specifically, it showed that teams can walk into ‘traps’ and emerge unscathed. But, these ‘traps’ are what makes the industry thrive. It always has. It is the reason why picking games against-the-spread is so difficult. And, it is how this column has found success.

Still, the 2016 season could have deterred those who make the spreads to abandon their methods. They could have conformed to what-appeared-to-be the ‘new order.’ They didn’t. I’m grateful.

With the spreads, once again, telling accurate stories about what to expect, we simply need to read them.

Week 11 Picks Against the Point Spread

As the introduction of this column pointed out, ‘traps’ are in full effect in 2017. If peeling our eyes to find some as we approach, look no further than the divisional showdown between the Lions and Bears.

If we wanted to make a checklist for a potential ‘trap,’ Detroit and Chicago would have every box filled. Here, we have a home underdog that lost a disappointing game against a flailing opponent – also, at home – hosting a team that appears to have blown out a pathetic Browns team after blasting the Packers on national television. Checking off the metaphorical boxes one-by-one is nice, but we find the true value of our ‘trap’ buried within each point.

The Bears’ home loss to the Packers should not have been a surprise. It was one of this column’s top picks from last week, and it accentuated how Chicago was not ready to be favored against Green Bay – especially after how badly the Packers lost to Detroit. We can then close the loop by highlighting how the same Packers team was caught off-guard by a Lions squad that had previously suffered its own tough loss. The National Football League is cyclical, and it is fantastic to watch the same patterns emerge over-and-over again.

Taking a closer look at the Lions, we can find the same piece of information used in the writeup about Cleveland – Detroit hardly played well in beating the Browns. The final score was far less indicative as to how much the team struggled to pull away from Cleveland earlier in the contest. Instead, the Lions were victorious largely because the Browns made it so.

Over the past few weeks, the Lions have lost to the Panthers, Saints, and Steelers – all of whom are 7-3 or better – while beating the Packers and Browns – by no fewer than 13 points in each. The level-of-competition largely drives Detroit’s future, and, while the Bears are not exactly world-beaters, they have the ninth-best overall defense and offensive rushing attack – both in yards. The Lions are about to walk into a ‘trap,’ and we would be wise to exercise caution.

In a low-scoring, field-goal driven battle, the Bears win by a single point and beat the spread.

While the common theme throughout this year’s picks has been the expected behaviors of certain teams and how they relate to the spreads on a weekly basis. But, these behaviors are usually judged weekly – e.g. “How did said team perform after a tough loss?” or “Did the ‘trap’ work?” There is an even more powerful trend that spans the overarching theme of the year – when both teams in a specific matchup are performing how we expected from our preseason predictions.

The Washington Redskins were always due to regress in 2017. They lose their top-two wide receivers and entered the year with turmoil between the organization and the quarterback. Meanwhile, the New Orleans Saints were my preseason pick to win the NFC South – and deliver great value with the ‘over-8 wins’ pick – and they have catapulted to the top of the division on the heels of seven consecutive wins.

While the pick, itself, lost, I can conceivably copy-and-paste everything I wrote about the Saints’ extended winning streak from last week and apply it here. Only, I can update it to make it more absurd.

At least, that’s how it would appear.

The Saints continue to roll through weaker teams – despite their previous record, the Bills are now 5-4 after back-to-back losses and rank 28th and 25th in offensive and defensive yards, respectively – but Washington’s 13th-ranked offense – in yards-per-play – is actually the highest among the seven teams the Saints most previously played. More importantly, the Redskins faced one of the league’s best defenses in Week 10, and scored 30 points. Prior to that, the Vikings had not allowed more than 26 points in a game, and only once allowed more than 19 points.

Washington’s defense is not necessarily capable of stopping the Saints’ outrageous offense, but the Redskins can keep pace against a defense ready to regress. The Saints win by four points, but Washington beats the spread.

Related Topicsfpicks against the point spread