Conor McGregor Match Against Floyd Mayweather will be an Uphill Battle 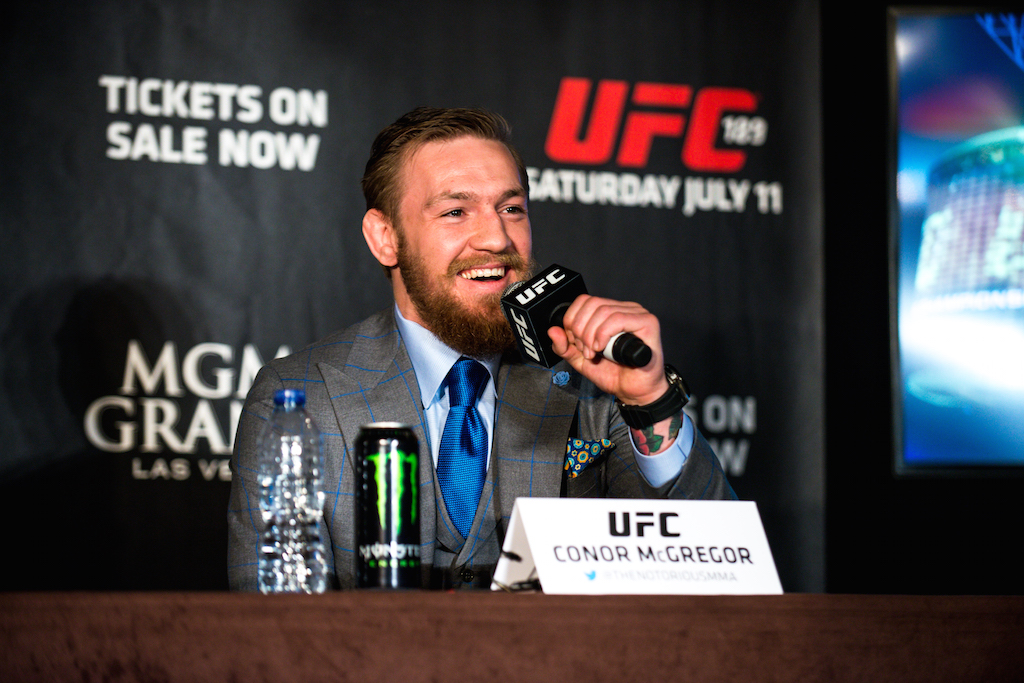 Will Conor McGregor be the one to finally put a stop to Floyd Mayweather’s dominance? That is definitely a difficult ask and the official Mayweather vs McGregor betting odds bear that out.  After all, how many sports stars have come before Conor, each of them looking to dethrone Floyd but ultimately failing?

Canelo Alvarez probably came closest to denting Floyd’s image, what with their match coming down to a majority decision. And De La Hoya was definitely a decent contender. But Shane Mosley, Manny Pacquiao and the rest of them barely challenged Floyd.

So, should anyone really expect Conor to perform a miracle?

UFC President Dana White seems to think so. Dana’s belief in Conor hinges on the fact that Conor supposedly has more punching power. However, John Wayne Parr disagrees with that sentiment.

And the Australian MMA legend would know, seeing as Wayne once successfully transitioned from MMA into professional boxing. And it wasn’t a shabby boxing career. Wayne even fought former World Champion Sakio Bika, though fans these days might primarily know him for his recent Bellator Kick Boxing debut.

Wayne doesn’t think Conor stands a chance of defeating Floyd, and it doesn’t help that the match is a mere two months away, giving Conor little time to prepare. And Conor definitely needs the time to refine his boxing skills. MMA and boxing might appear similar but, according to Wayne, the two sports are as different from one another as squash is from tennis.

The footwork is completely different, and the flow of the punches and the head movements vary substantially. Wayne has frequently spoken of the challenges he faced in learning to transition his body weight properly so as to give his punches the power necessary to put an opponent on the ground.

MMA fighters spend so much of their time trying to not get taken down. So adapting to the weave and flow of a professional boxing match takes time, and Wayne doesn’t think that Conor can use those two months to make the necessary shift.

The fact that he is so heavily steeped in MMA actually disadvantages him because the flow of boxing goes against the footwork he has learned to rely on as an MMA fighter.

There is no science to a fight, even one between professionals. Veterans like Floyd and Conor will tell you that, after a while, you learn to rely on muscle memory. That is years of training that you need in order to duck punches and counter strike without hesitation.

Floyd can rely on his learned techniques and muscle memory to survive whatever Conor tries to throw at him. Conor, on the other hand, must overcome every instinct that has benefited him in the ring in order to engage in a proper boxing match.

The difference in techniques, the unique equipment, the varied structure of the rounds, none of this will work in Conor’s favor. Wayne doubts that Conor can make it through the 12 rounds of the boxing match, not after growing so accustomed to MMA’s five rounds.

And a little bit of practice in the gym won’t do. To adequately prepare for a fight against Floyd Mayweather, Conor would have needed to engage in a few dozen boxing matches beforehand. However, the two months he has to prepare won’t allow him to do any of that.

Of course, because there is so much weighing against him, a victory by Conor would make him a legend.

“Sure, Connor is a great mixed martial arts fighter, but this is boxing and he will be dealing with different rules. The official  Mayweather vs McGregor betting odds are a clear signal of what oddmakers are expecting to happen, and having McGregor as -710 underdog means that the general consensus is that he does not stand a good chance to beat Floyd” says MyBookie Line Manager, David Strauss.