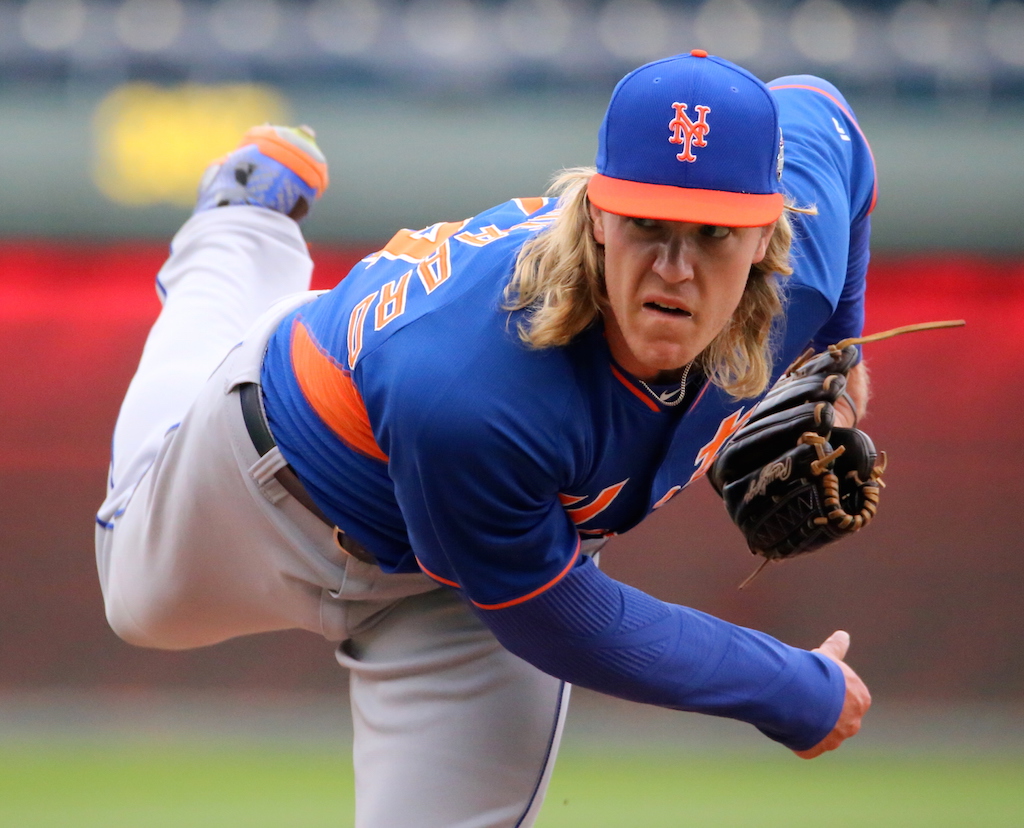 After Thursday night’s run barrage by nearly every team, Friday appears to yield more of the same. More importantly, of the few top pitchers throwing – arguably, there may only be one – the head-to-head matchups are rather poor, yielding more one-sided affairs than usual.

Chicago White Sox at Detroit Tigers – After a completely absurd start to the year, Jordan Zimmerman has, predictably, cooled off. With fifteen earned runs allowed in four May starts – compared to two earned runs allowed in five April starts – Zimmerman has watched his ERA inflate to 2.52. If this is Zimmerman at his worst, we will gladly buy, expecting him to revert towards his best. The Tigers’ starting pitcher still provides length and strikeouts – he has completed seven innings in four of his last five starts, averaging a hair below five strikeouts per start in that span – and should deliver another solid outing on Friday. Zimmerman’s counterpart, Carlos Rodon, featured a similar dip after a hot start, and has now allowed two earned runs or fewer in each of his last three starts.

New York Yankees at Baltimore Orioles – It appears to have taken a long time for the baseball-watching world to come around on Nathan Eovaldi, but the Yankees’ starting pitcher has pitched so well that his ERA – once above 5.00 in early May – has dropped to 3.71. He has allowed a total of two runs in his last three starts, striking out at least five batters in each. Conversely, Chris Tillman has been a bit more inconsistent, but his starting point was better than his opponent’s. After his first three starts – one was shortened by rain – Tillman has completed six innings in every game, and posts a beautiful 2.42 ERA in that span. Both Eovaldi and Tillman should continue their success on Friday night.

Seattle Mariners at Texas Rangers – Seattle’s appearance on the list of teams to target for hitters has less to do with the offense’s 47 runs over its last four games and more to do with the matchup against Yu Darvish. The Rangers’ ‘ace’ was excellent in his first start back from elbow surgery, but he was also limited. Mariners hitters should take advantage in another game that could get out of control. On the other side of the game, Texas’ bats have a decent setup against Taijuan Walker – posting a 5.24 ERA over his last four starts – but caution should be exercised, as Walker did start the season on a prolonged hot streak – a 1.80 ERA over his first five starts – and can easily deliver a solid outing.

Tampa Bay Rays at Minnesota Twins – The Twins finally showed some signs of offensive life on Thursday – based on their low standards, a six-run outing is noteworthy – and Friday presents another opportunity to buy into the offense. Tampa Bay’s Jake Odorizzi is actually not a pushover – he has a 2.12 ERA over his last three starts with a 3.36 ERA on the entire season – but he is somewhat prone to allowing home runs – six over his last four starts. In addition, much of his success stems from his pitcher-friendly ballpark – a 2.52 ERA at home versus 4.50 ERA on the road – and the effects of Minnesota’s hitter’s park should be felt on Friday. Tampa Bay’s hitters are the easy target against Ricky Nolasco’s 5.28 ERA in a game that should yield runs for both teams, as long as the weather cooperates.

Noah Syndergaard and New York Mets Hitters – Rarely do we suggest any player – or lineup – from a team that appears in a one-sided matchup, but Noah Syndergaard and the Mets are the exception. Syndergaard is coming off a shortened outing due to an ejection, and should be well-rested and seeking revenge. His ceiling is astronomical in the pitcher’s park of Miami. Mets hitters should finally catch a break after being held to one run twice in the last three games. Miami’s Tom Koehler is bringing his 4.50 ERA and low strikeout rate into the lion’s den.

Drew Pomeranz – The last time Drew Pomeranz took the mound, it was in the hitter-friendly ballpark of Arizona, where he suffered the worst outing of the season. Removing the outlier from the equation, Pomeranz has been outstanding in 2016 – a 1.70 ERA that grew to 2.48 ERA after the aforementioned game. The beauty of his recent hiccup is that Pomeranz still managed nine strikeouts, bringing his season total to 69 in 58 innings. As he returns home to his pitcher-friendly ballpark, he draws the Rockies – leaving Colorado after an offensive-filled series with Cincinnati.

Brandon Finnegan – We just can’t get enough of Brandon Finnegan. The Reds’ left-handed starting pitcher makes the list of targets, yet again, as he faces the left-handed-heavy Nationals on Friday night. Finnegan stands as one of the riskiest pitchers of the night, but has an uncanny knack of pitching to the level of his competition – the Reds have lost each of his last four starts by one run, including a 1-0 shutout against Clayton Kershaw. If savings is a necessity, Finnegan is one of the best ‘bargain buy’ pitchers of the day.