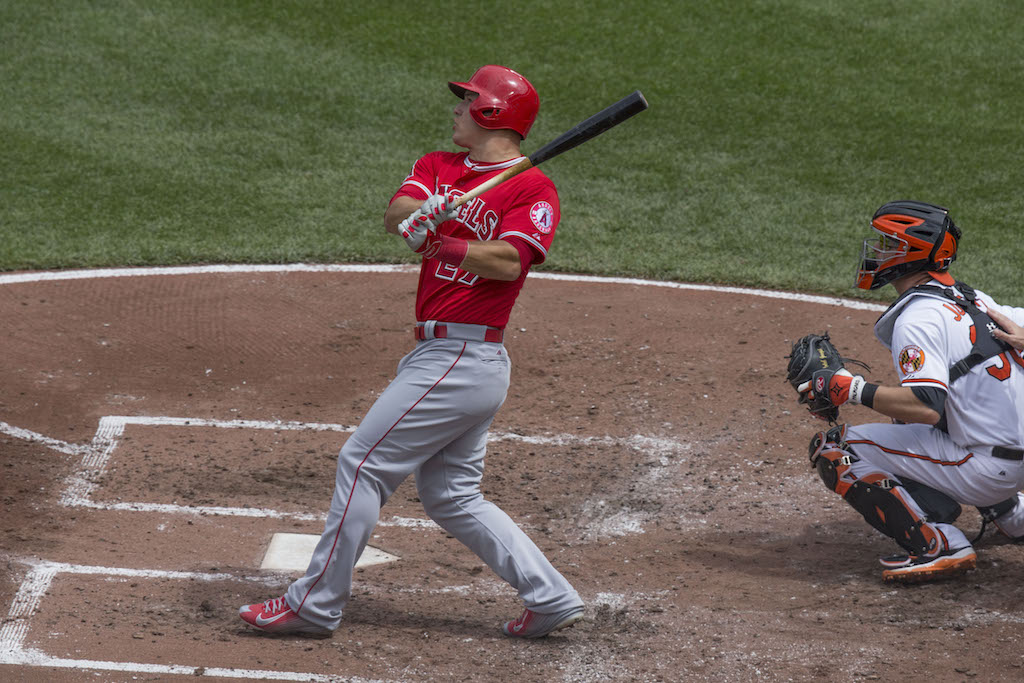 While all thirty teams will be in action on Tuesday night, the Tigers and Indians might be left out of most slates. Like Monday, there are enough one-sided matchups to find solid buying opportunities and, as it turns out, many of the same plays from the previous day carry over into Tuesday.

[Win A Trip To The Playboy Mansion On FanDuel]

Scott Kazmir – Scott Kazmir becomes the newest southpaw to target against Tampa Bay when he takes on the Rays in their pitcher-friendly ballpark on Tuesday. As stated time and again, the Rays offer one of the more favorable matchups for opposing pitchers, but they are especially kind to those who throw with their left arm. Kazmir, enjoying a decent strikeout rate but higher-than-normal ERA should thrive in the environment and deliver a solid game.

Eddie Butler – Tuesday night’s matchup begs one simple question to be asked, “If Jon Gray could pitch well outside of Colorado, why can’t Eddie Butler?” Butler gets the same level of raised expectation on Tuesday that Gray did on Monday by facing the hapless Padres in San Diego. Perhaps the best version of Eddie Butler may always be suppressed in Denver, but there won’t be a better opportunity to shine than Tuesday night. Use Butler for cheap strikeouts, acknowledging that his floor is shaky, at best.

Nick Tropeano – As if the risk of Eddie Butler wasn’t enough, the even sneakier play for Tuesday is Nick Tropeano in Milwaukee. The Brewers have been tearing the cover off the ball, and their home ballpark is extremely tilted in favor of the hitter, but a regression is in the works for a team currently exceeding projections. Tropeano has been impressive, so far, and his high strikeout rate will help him thrive against Milwaukee’s offense. If the Brewers do, indeed, cool off, Tropeano might put together one of the better games of the night.

Matt Harvey – A few pitchers have been so maddening that they hit our radar every time their turn in the rotation comes around. Matt Harvey tops this list, and his next opportunity to shine comes Tuesday against the Braves. Unfortunately for Harvey, this will be the second time in his last three starts that he will pitch against Atlanta, but he is so far off his projected pace that every game becomes more crucial for a correction. The Braves continue to strike out at a high rate, and are hardly a risk to explode, although their domination at the hands of Bartolo Colon on Monday lowers the likelihood of a repeat performance for Tuesday. Regardless, Harvey should find his way into daily fantasy lineups until proven otherwise.

Jake Arrieta – With Jake Arrieta on the mound Tuesday, the fantasy baseball world needs to take notice. Arrieta followed up his no-hit performance with an expected regression of sorts, where he finally allowed an earned run at home while pitching only five innings. He did strike out six batters, but the outing was bound to be limited. While he should be rested and removed enough from the 119 pitch no-hitter to throw one of his better games, he faces a Pirates lineup that rarely strikes out and scores a high amount of runs. If any other pitcher were in his position, the suggestion would be to avoid, but Arrieta is proving to be the exception to most rules. More importantly, if the Pirates were to slow down for a day, it would likely be at the hands of Arrieta, making the Cubs’ ‘ace’ a high upside play.

Aaron Nola – Like Arrieta, the final pitching option for Thursday will face a team that rarely strikes out and has a tendency to score runs in bursts. This provides a similarly high-upside scenario, where any misstep by the Cardinals’ offense will aid Phillies’ starter Aaron Nola. Indeed, Nola is nowhere near the same pitcher as Arrieta, but he continues to post incredibly high strikeout rates while carrying a reasonable ERA. Nola likely won’t get through St. Louis unscathed, but his strikeout totals should help over-deliver on his decent price.

A first glance at Tuesday’s list of targets suggests a repeat on Monday, as both Mike Trout and the collective group of Mets hitters are on radar, yet again. Both delivered on Monday – although the Mets were somewhat scattered in their attack – and remain top options for Tuesday.

Mike Trout – Mike Trout will almost certainly continue to gain favor from the chart as long as he is playing in Milwaukee’s hitter-friendly ballpark. Against Junior Guerra, Trout should, again, deliver enough fantasy points to warrant his use, although Guerra is excellent at limiting hard hit contact to right-handed batters. With that, Trout may not leave the yard – small as it may be – but should thrive elsewhere.

Left-handed Mets Hitters – The left-handed hitters on the Mets gained the slight edge over their right-handed counterparts on Monday, but Tuesday’s difference is much more pronounced. Lucas Duda, Curtis Granderson, Michael Conforto, and switch-hitting Asdrubal Cabrera and Neil Walker are, again, the players to target. Like Guerra in Trout’s write-up, Matt Wisler does not allow a high percentage of hard hit contact to left-handed batters, but struggles against them, as a whole. Limit exposure, but don’t miss the opportunity to buy a few left-handed Mets hitters.

Paul Goldschmidt/Wellington Castillo – Justin Nicolino completely baffled the Dodgers in his last start, allowing two hits in seven-and-one-third shutout innings. Unfortunately for Nicolino, Los Angeles is much more susceptible to left-handed pitching than Arizona, and the right-handed bats of the Diamondbacks should thrive. The obvious play is Paul Goldschmidt – even in a pitcher’s ballpark – with Wellington Castillo the top catcher of the day.

Giancarlo Stanton – The Diamondbacks are countering Nicolino with a southpaw of their own, as Patrick Corbin faces the Marlins’ lineup. Like Goldschmidt, right-handed slugger Giancarlo Stanton gains such a boost that the ballpark hardly matters. Most importantly, Corbin allows an incredibly high amount of hard hit contact to right-handed hitters, while Stanton mashes southpaws.

Todd Frazier – Todd Frazier continues to find himself in favorable matchups – which is likely why the third baseman has enjoyed a recent hot streak – and Tuesday provides another buying opportunity. Boston’s Steven Wright has been untouchable in the early portion of the season, and his knuckleball continues to be effective. His career numbers still suggest that right-handed batters can find success – of all the right-handed pitchers throwing on Tuesday, Wright allows the most hard hit contact to right-handed bats – and Frazier sits as the top third baseman for an attractive price.

Brandon Crawford/Brandon Belt – After a nine-run outburst on Monday, expecting the Giants’ offense to roll through the week is risky. Thankfully, Jon Moscot will play his part to keep San Francisco scoring, as he offers a massive buying opportunity for left-handed hitters like Brandon Crawford and Brandon Belt. Shifting from their own pitcher-friendly ballpark to Cincinnati should continue yielding solid fantasy totals for Giants hitters.

Pedro Alvarez – Surprise, surprise. Pedro Alvarez is a bargain buy. The left-handed slugger finally hit his first home run of the season, yet find himself under-valued, again, as he takes on Luis Severino in a hitter-friendly ballpark. The story is the same for Alvarez – buy at a low price for the home run upside – although he has contributed a decent amount of extra-base hits in lieu of home runs.

David Peralta – While the game between the Diamondbacks and Marlins will focus on right-handed hitters, Justin Nicolino actually has some poor peripheral statistics against left-handed bats. Most notably, his hard contact percentage is among the highest of any pitcher throwing on Tuesday, and Peralta – at his price – is worth the risk for a potentially big day.

John Jay – Eddie Butler is listed as one of our sneaky ‘sleeper’ plays for Tuesday, but he is certainly a risk to get crushed. Butler is horrible against left-handed bats, but one of the reasons why the matchup favors him is the lack of left-handed threats in San Diego. John Jay is the exception, and his price makes him a top play for Tuesday.