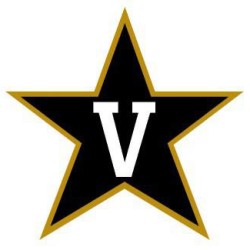 In this article I’m going to look at the slate as a whole from a game theory perspective, rather than try to figure out which hitters have exactly the best matchup. Both are important, but there are a lot of resources out there that analyze matchups, but few that approach DFS from the perspective of game theory. For this to be worthwhile we have to accept a few axioms:

Washington Nationals — By far my favorite stack on this slate. Bud Norris faced them in his first and only start this year and gave up only 3 ER. A lot of people got burned by the Nationals stack that day, and I could really see the ownership of this stack being depressed as a result. Norris got the best of them last time out, but he is not a good pitcher, and I don’t see him having a repeat performance. The Nationals know what to expect now and I expect them to blow the 4 run team total out of the water. Norris is bad against lefties and righties so don’t be too particular about that.

Seattle Mariners — Colby Lewis is truly the gas can of all gas cans. When he’s off he can give up homers like nobody else in the business. Vegas likes the Mariners to score 4 and I think they can do better. This stadium plays big in the cold weather so that is a concern for me, because some of those homers might become warning track outs, but that’s a risk you have to take. He’s bad against righties and lefties so don’t worry too much about that. He is slightly worse against lefties, though, and that’s one thing the Mariners have in high supply.

Chicago Cubs — This is strictly a game theory stack. Brandon Finnegan had a really nice first outing against the Phillies, is extremely cheap at $5,900, and has some strikeout upside against the free-swinging Cubs. This likely means reasonably high ownership on him and therefore possibly depressed ownership on the Cubs. The Cubs have the ability to put up double digits on nearly anyone, and most of the lineup is in play, with notable exceptions like David Ross. Jason Heyward is even in play in a L/L matchup since he could swipe a bag or two with the woeful defensive player Devin Mesoraco likely to catch for the Reds.

I’ll keep it short here since there’s not a whole lot to like. I’m not willing to pay $13,100 for against a team like the Braves that doesn’t strikeout at a very high rate. They’re bad, but it’s tough to justify such an exorbitant price when he can’t really pay it off without throwing a no-hitter in this matchup. I would normally like him in this spot because the salary will likely lead to low ownership, but I still cannot justify the price. Jon Lester at $10,500 is interesting. He’s facing the Reds who are 5-1 but actually a terrible lineup. I would say he’s a little overpriced but given the terrible options he may just be the right play. I feel roughly the same way about Steven Matz facing the Marlins at $9,200.

It feels like a day where you have to overpay at pitcher. It’s a rare day because so many of the pitchers simply aren’t even in consideration. You can definitely play Brandon Finnegan in some lineups and hope he racks up the K’s agains the Cubs, but if you do so be sure to go contrarian elsewhere to differentiate yourself. Sonny Gray is in play but more of a cash game play at his price when you consider his limited K-rate. If you’re making a ton of teams feel free to sprinkle in a couple shares of Iwakuma and Cosart but don’t be upset if it doesn’t work out.

You may have noticed above that I recommended considering both Brandon Finnegan and stacking the Cubs. I had a sort of natural reluctance to writing that out because it’s obvious that at most one of those recommendations is likely to work out. This brings up cognitive dissonance in MLB DFS. We have to get past the naive notion that we can predict exactly what’s going to happen in a baseball game and embrace uncertainty. It’s simply reality that Finnegan could have a 10 strikeout game or the Cubs could knock him out in one inning. If you made me guess I’d say the latter is more likely but that’s reflected in the pricing. Playing both in different lineups pretty well guarantees that both won’t make it to the top of the leaderboards, but that does not mean you are wrong for doing so. Don’t be afraid to play both sides of a game in limited situations like this.