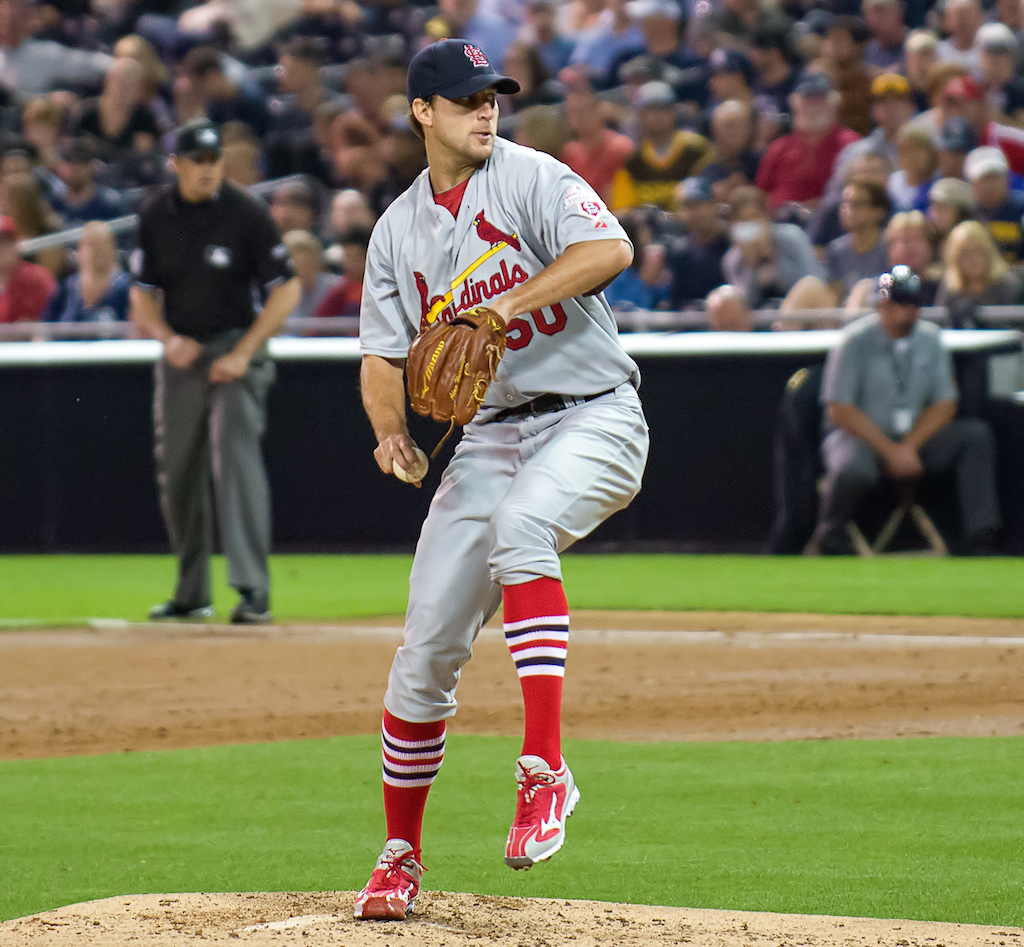 Sunday’s three-game Opening Day slate offers only six pitchers from which to choose and two slots to fill. In their respective matchups, a look at each pitcher’s xFIP over the last three seasons suggests that Adam Wainwright, Marcus Stroman, and Matt Harvey have the advantage against their opposing counterpart. Harvey’s separation is not only the most of the group, but he leads the pack of six pitchers, while Edinson Volquez sits at the bottom. Unfortunately, the small slate also forces us to choose a few hitters against our projected best pitchers.

Currently, we are using xFIP simply to compare one pitcher’s performance against another. We aren’t using these numbers for calculation. We are also pulling some statistics – such as team strikeout rate – from last season’s totals until a better foundation is built in 2016.

Check the starting lineups prior to making any plays, as these change without notice.

Comparing the pitchers against their projected opponents’ lineups, Harvey’s xFIP dominance suddenly loses value. Although his strikeout rate against right-handed batters is outstanding, the 2015 Royals were nearly impossible to strike out. In addition, they have a nice balance of both right-handed and left-handed hitters and include a designated hitter – against which Harvey rarely pitches – for tonight’s game.

One of the two pitchers selected for DraftKings lineups should almost certainly be Francisco Liriano. Using the same thought process as applied for Harvey, Liriano is comparatively unhittable against left-handed batters – in both xFIP and strikeout rates – and will face a Cardinals lineup that features left-handed Matt Carpenter as one of the team’s top hitters. Kolten Wong‘s start increases Liriano’s value further. Regardless, the Cardinals’ team strikeout rate is high, and the ballpark in which they will play today suppresses home runs against right-handed batters better than any other park hosting games today.

While Marcus Stroman has the edge in xFIP, Chris Archer surpasses him in strikeout rates – Stroman is actually the second-worst strikeout pitcher of the day. The Blue Jays may be a threat to explode on any given night, but they also strike out at the highest rate of any team playing today, and will be playing at the pitcher-friendly ballpark, Tropicana Field. Chris Archer developed as one of the best young pitchers in the game, last year, and should carry his momentum into 2016 on Sunday. His potential for a win is hampered by the talented lineup against which he will pitch, but his overall point total should thrive as he racks up strikeouts.

Jose Bautista/Josh Donaldson/Edwin Encarnacion – The three top sluggers from Toronto lead the charge for the day’s slate in terms of power. However, their matchup versus Chris Archer forces them to be avoided as a group. The only play would be pairing one of them against Archer due to the small slate and lack of options.

Troy Tulowitzki/Russell Martin – Too good to avoid at their position for their going rates, even against Archer. Their output should not be exceptionally high, but neither were their prices. In addition, using one or both helps protect from most run-scoring situations for the Blue Jays without too much commitment.

Lucas Duda/Randal Grichuk/Corey Dickerson – Three of Sunday’s best power matchups, aided by their opponents on the mound. Not surprisingly, all three left-handed batters perform better against right-handed pitchers. Grichuk will go against the play of Liriano, but his potential in the small slate is too high to ignore. Corey Dickerson is the hitter to pair with Chris Archer, at minimum.

Andrew McCutchen – The offset of Grichuk, to be used in lineups where you want to avoid Grichuk against Liriano. Unfortunately, McCutchen’s opponent – Adam Wainwright – is tough on both left-handed and right-handed batters.

Evan Longoria – Like McCutchen, the matchup against a similar-handed pitcher is less-than-ideal, but the upside for power is too great to ignore. Donaldson leads the pack of third basemen on a season-long basis, but his loss to Archer is Longoria’s gain.

Logan Forsythe/Neil Walker – Rounding out the Rays, Forsythe is a perfectly inexpensive option to grab an extra plate appearance and potential run atop the batting order. Walker is in a similar position as Forsythe, although with a higher home run upside and lower run scoring opportunity. The low-level crop of second basemen – this should be a theme for the upcoming season – makes either play acceptable.