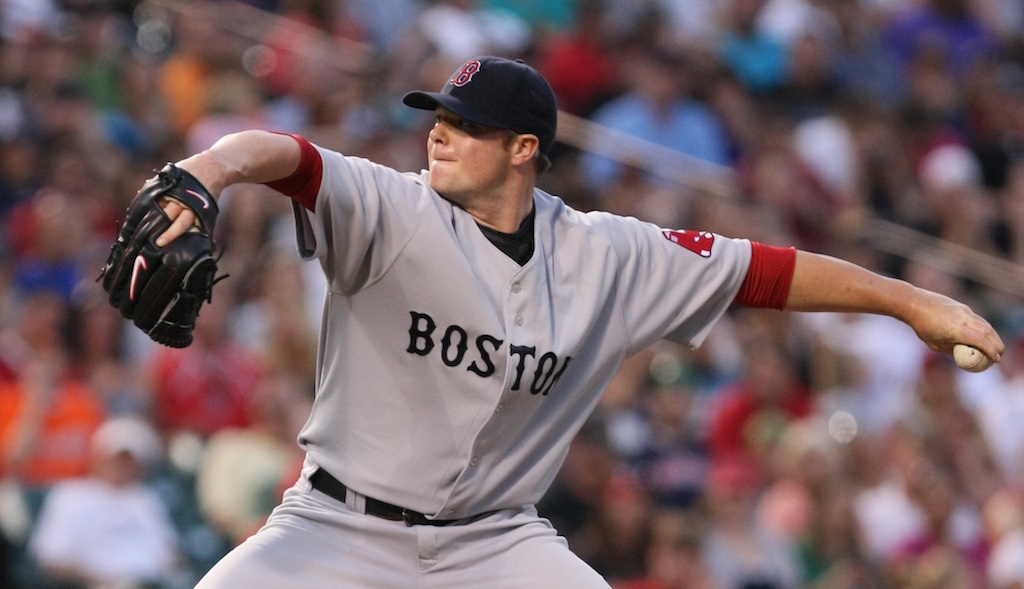 As mentioned in my last article about starting pitchers Zack Greinke and Carlos Carrasco, a lot of controversy ensued when I released my FUBAR rankings (a.k.a. Felipe’s Ultimate Baseball Advanced Rankings–a look at baseball from exclusively a sabermtrics’ point-of-view) for the top starting pitchers in Major League Baseball:

Guess I forgot to share this here. #Top25 starting pitchers of 2015, per #sabermetrics#pitcherscatchersreportpic.twitter.com/RSKCCWPdUi

One of the biggest complaints from people were the omission of 2015 Cy Young Award candidate, Sonny Gray. Gray is a walking paradox with a name like Sonny matching his gloomy last name, but also a contradiction of sorts in the world of baseball. A very good pitcher, but a pitcher who was overlooked by the advanced stats last season.

Many fans pointed out the crime that was Gray being omitted in a top 25 list of pitchers, but many people challenged that Gray was much better than 14th ranked Jon Lester and 16th ranked Michael Pineda.

We will now explain how Gray was overlooked by the stats used in FUBAR to compile these rankings and compared his 2015 season to Lester and Pineda. For a more detailed explanation of how we rate Pitching FUBAR, please read the Greinke vs Carrasco article.

As we have seen in these pitching profiles, the advanced stats love the guys who have posted the better Plate Discipline Percentages. Michael Pineda led in the grand majority of the stats that measure swing and contact percentages, while Gray was the odd-man out in these rate stats. Let’s take a closer look at where Gray was the “loser” in these numbers. But first, let’s take a look at each pitcher’s Zone Rate (percent of pitches inside the strike zone):

Outside the Zone Swing Percentage (O-Swg%)

Trying to induce swings is one thing, but trying to bait opposing hitters to swing at pitches they were not mean to swing at is probably the best approach to utilize.

Carlos Carrasco led MLB in O-Swg% in 2015. Carrasco was far-and-away the best at this at 40.1 percent, while holding a comfortable, 3.6 percent lead over second place finishers, Jacob deGrom and Max Scherzer. Teammate Corey Kluber and Chris Sale rounded out the top five. That is a very impressive list of pitchers there. Pineda would also finish among the top 15 in this stat (34.4 percent).

Conversely, Gray (29.5 percent O-Swg) would rank 16th lowest in this category, sandwiched between pitch-to-contact pitchers Mike Leake and Jeff Locke. Even though Gray would post the worst O-Swg in this trio, Lester finished tied for the 29th lowest O-Swg (30.9 percent).

Regardless, Gray and Lester are not the type of pitchers to post high Swing Percentages, as both pitchers have seen plenty of success with this approach throughout their careers.

Contact Rates: Overall (Cnt%) and Inside the Strike Zone (Z-Cnt%)

We have established that Pineda lives inside the strike zone, probably because Pineda’s pitching style closely resembles one of a late-inning relief pitcher (pretty much a fastball/slider pitcher). But despite the high number of pitches in the strike zone, Pineda had the lowest Contact Rates across the board among the trio.

Pineda’s Cnt% of 76.4 percent was the 17th lowest in baseball. Even more astonishing, despite the high O-Swg%, Pineda would finish with the 16th lowest O-Cnt% in MLB last season.

On the other hand, despite not throwing as many pitches inside the strike zone, Gray posted a Z-Cnt% of 88.4 percent, finishing 29th highest in 2015. Overall Cnt% of 79.2 percent would be 39th highest last season.

Both pitchers have posted similar contact rates in the last two seasons.

Probably my favorite stat in these Plate Discipline Rates is SwStr%–“percentage of strikes that were swung at and missed” (per fangraphs.com).

And once again, Sonny Gray would finish with the lowest rate at 9.7 percent. Gray would be sandwiched between guys like Kyle Gibson, Jeff Samardzija, Trevor Bauer, and Anthony DeSclafani. Not quite the most consistent pitchers in baseball last season.

As explained before, the advanced stats seem to like the guys who can miss bats and induce high amounts of swings. Sonny Gray is not one of those pitchers as he closely resembles a “pitch-to-contact” pitcher.

For the most part, all three pitchers can be described as ground ball pitchers, with Gray being the only one to finish with a Ground Ball Rate (GB%) above 50 percent. At 52.7 percent, Gray ranked 13th overall in GB%.

Even more impressive, Gray would be the only one to finish with a Line Drive Percentage (LD%) below 20 percent in this matchup. Matter of fact, at 16.6 percent, Gray finished with the third lowest LD% in baseball.

King Felix would be the only pitcher on this list who ranked in the top 25 FUBAR starting pitchers’ list.

Nonetheless, if one is going to be a contact-pitcher like Gray is becoming, this is what you want from a pitcher who fits the profile: low LD%, high GB%, and a guy who won’t hurt himself with the home runs. Gray also had the lowest Hard Hit Rate among this trio (11th highest in 2015).

Overall, Gray wins the Batted Ball battle as he clearly proved to have the repertoire and craftiness to pitch effectively as a pitch-to-contact pitcher.

Many people pointed out their dislike of the advanced stats because it does not give proper credit to a guy like Sonny Gray’s ability to pitch effectively despite a low Strikeout Percentage (K% of 20.3 percent last season).

Another thing the advanced stats don’t trust about Gray is that he posted a BABIP (Batting Average on Balls in Play) of .255 (fight lowest in 2015), a career low, and at least 20 points below from what he was usually posting.

On the other hand, a guy like Pineda having a BABIP of .332 (fifth highest in baseball), who can posts a high K% and low BB%, gets the benefit of the doubt from the advanced stats. Where people had problems was with Pineda posting a 1.18 Home Runs/9 Innings. But then again, he pitches a majority of his games in hitter-friendly ballparks in the American League East. Also many people pointed out the high ERA and WHIP of Pineda as an indicator of how bad he is, but as explained throughout the entirety of this article, Pineda is really not this bad of a pitcher and the advanced stats showed that he was a victim of bad luck in 2015.

Jon Lester finished with the highest K% in this group, good for 15th overall. Many people did not agree with Lester being a top 15 pitcher in these rankings, but after a closer look at his stats, it’s really not surprising to see him be ranked this high.

But many fans would point out that stats like FIP and SIERA do not measure Gray’s skill-level and guile to be an effective pitcher and will constantly cite his low ERA and WHIP. Unfortunately, this exercise was meant to utilize advanced stats exclusively. For everybody else, there’s this chart:

For giggles, this is top #startingpitchers of 2015 based on ERA + WHIP #baseballpic.twitter.com/teUBuqZ8b8

At least that would explain how Sonny Gray was a finalist in Cy Young voting this year. But as I explained to many people before, I cannot count on stats that have Marco Estrada and John Lackey as top 15 pitchers, but ranked Chris Sale 17th overall.

Here’s the tale of the tape according to Steamer Projections at fangraphs.com:

Per Steamer, they are projecting for Lester to continue to remain a consistent starting pitcher despite being the oldest guy in this group.

They’re expecting Gray to have a correction in his BABIP and not be as lucky as he was in 2015. It also thinks that his high BB% will finally catch up to him.

Finally, Pineda is expected to see a slight dip in performance next year, but based on his WHIP and ERA, they believe a drop in BABIP will improve Pineda’s traditional stats.