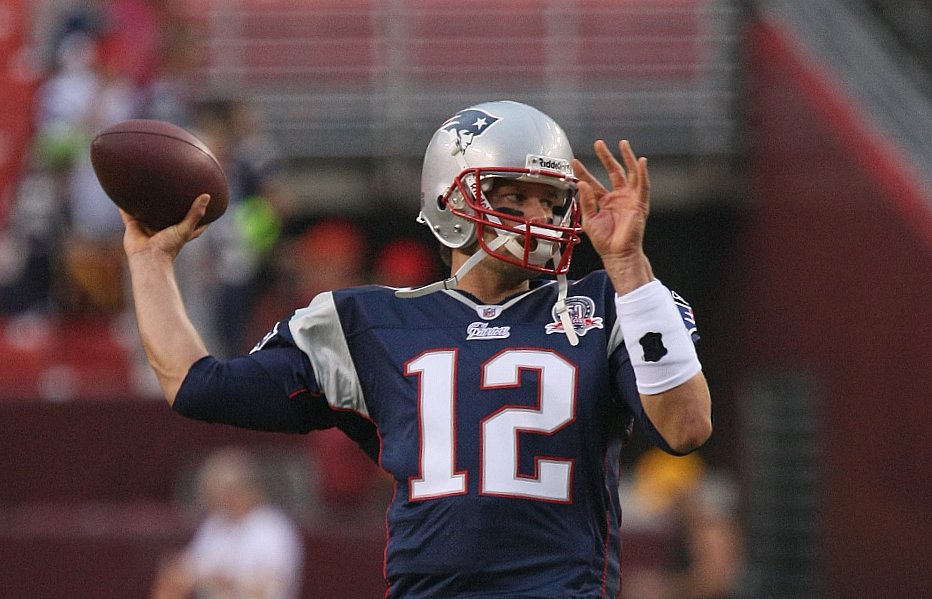 We normally like to break up the season into four different ‘quarters.’ But we would be doing a disservice if we don’t take note of a clear separation between last week and what lies ahead of us. Because there are no more bye weeks and no more multi-game Thursdays. With the exception of a few Saturday matchups sprinkled in, the rest of the season will largely be decided on Sundays.

As will the playoff picture.

We started to see a few new teams emerge as possible contenders, and this was largely aided by those already in-place failing to hold onto their leads. Teams like the Panthers and Redskins allowed the Seahawks and Cowboys, respectively – and directly – to slide into a better position. While the Colts continue their incredible ascent into the conversation.

We still have some time before the final push is completely underway, but it would be naive to assume it hasn’t already begun. As a result, we may have five games remaining for each team, but we are undoubtedly about to start the fourth quarter of the season.

Listen to Episode 7 of our free podcast here:

I’ve written about this in the past, and it’s worth repeating with the same phrasing: it simply comes down to the numbers.

The Kansas City Chiefs have the second-best against-the-spread record in the league.

The Oakland Raiders have the worst against-the-spread record in the league.

Both teams are the extreme ends of the spectrum, and both are outside a boundary in which most squads finish by the end of the year.

The game between Oakland and Kansas City also features the largest spread of the week, a division game, and the underdog playing at home. On its surface, basically every indicator we would like for a team points to the Raiders being able to cover the spread. Therefore, we should see why they wouldn’t and determine how valid of a counterargument it is.

The conversation could effectively begin and end with Chiefs head coach Andy Reid. Historically, he is virtually unbeatable following a bye week. He actually was unbeatable following his first thirteen bye weeks with the Eagles, when he finally lost in his fourteenth – and final – year as the head coach of the team. He then moved to Kansas City and continued his winning ways after a bye. Although, it wasn’t without its hiccups.

Since taking over as head coach of the Chiefs, Reid’s post-bye week record is still on the winning side, but only via a 3-2 record. This means that he lost twice as many games in only five years with the Chiefs as he did in fourteen with the Eagles. If this conclusion sounds crazy, it’s because the numbers with which we are dealing certainly are, as well.

If we move past the actual record, we can also see that Reid’s teams won by 17 or more points only once in the last eight season. And therein lies the problem with the enormous spread for Sunday’s game.

The Chiefs are seeing their number inflated by countless factors that do not contribute to the team actually winning the game. Kansas City will win, and it should do so rather easily, but demanding that it bury an opponent that is already living at ‘rock bottom’ is forcing people’s hands. And the numbers are telling us that multiple trends can be properly redirected if the game unfolds as it should.

Kansas City is still allowing the third-most yards and fifth-most points-per-game in the league, and the Raiders should have no problem moving the ball well enough to strike a few times. That’s all they will need for our purposes.

The Chiefs win by ten points, but the Raiders beat the spread.

I should have known better. I should have realized that, after losing to a division rival in Primetime on the road in Week 11, it was going to be difficult for the Minnesota Vikings to repeat the same outcome in Week 12 at home. And part of this realization would have come from the perception shift that is inherent with a nationally-televised game. Like the one we will see after Minnesota’s win against the Packers.

Wherever the spread eventually settles for the Vikings’ upcoming trip to New England, it will be driven largely from the results of Week 12. Because, in addition to Minnesota’s win that puts the team only one game in the loss column behind the Chicago Bears, we also had the New England Patriots play a relatively close game against the Jets. At least, until the end.

Of course, both the Patriots and Vikings need to have their perceptions scaled back a bit, as each team went against a division opponent and, as a result, will have different results than they would otherwise. But, between the two, Minnesota was also recovering from the quick dip in production due to Week 12’s loss. It was more likely to rebound than the Patriots were likely to deliver a double-digit win.

New England is always a rare case study in breaking trends and numbers, and it makes the team the exception to most rules. Therefore, it also makes it more difficult to find value with the team, as it is almost always provided at a premium. The irony is that it still performs with said premium.

The fact that the Patriots are giving fewer than seven points on Sunday is, essentially, the debate between a ‘trap’ and a discount. But, because we just saw the Vikings play arguably their best game of the year, it’s hard to justify the spread being any larger. It is, therefore, the advertised price in a ‘take-it-or-leave-it’ format. It is both protection and bait. Because the Patriots are typically both expensive and worth the investment.

Perhaps the Patriots are poised to fail. Maybe Kirk Cousins backs up one his best performances with an even better one. And it is possible that the Vikings’ defense will rise to the occasion against a future Hall of Fame quarterback.

All of these could happen. They just aren’t likely.

The Patriots are entering a time of the year where they are laughably dominant. Since Bill Belichick took over as the team’s head coach, New England is an unconscionable 64-13 in the month of December – that’s good for a winning percentage of .831. What’s more insane is that the team is 34-5 at home in December under Belichick.

New England will play its typical game in which it allows an opponent to move the ball freely, but not find the end zone. This will be devastating to the Vikings, who rank 23rd in the league in points-per-drive. Minnesota’s defense will have the opposite approach, as it ranks third-best in yards-per-game, but the team is only tenth in points-allowed-per-game. The Patriots’ offense is top-eight in both yards and points-per-game.

New England wins by seventeen points and covers the spread.

Related Topicsfnfl picks against the spread