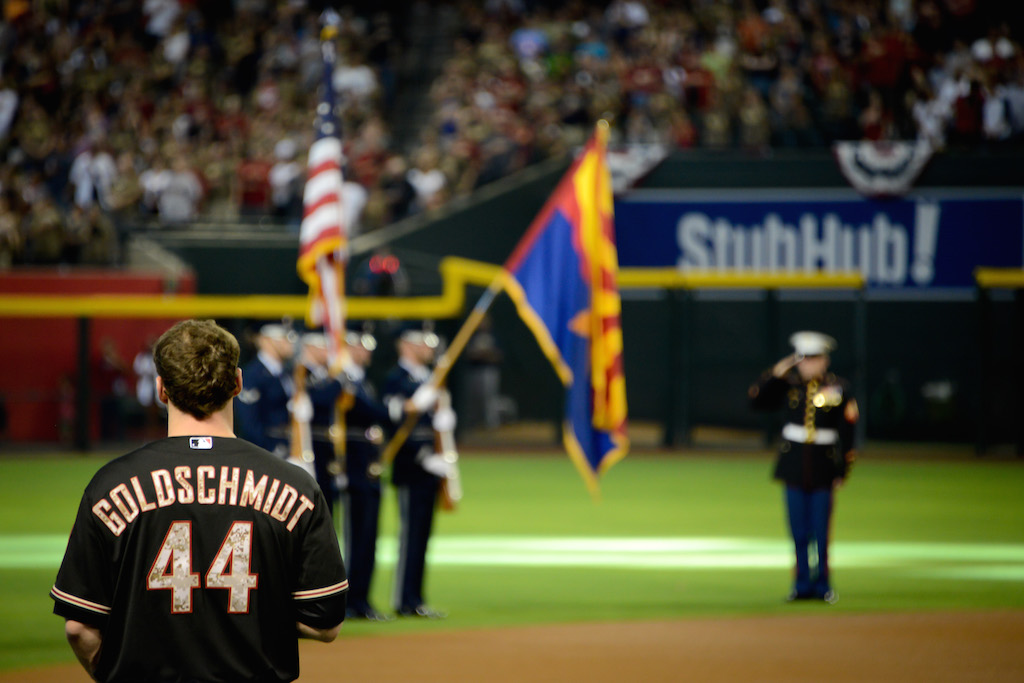 We’re getting closer to the 2017 Major League Baseball All-Star deadline as we try to help you decide on those last-minute ballots.

The National League is completely dominating these rankings as the top four first basemen play in the senior circuit, and 70% of the top 10 are players from the NL.

Dominating these rankings are Paul Goldschmidt as he gets high marks for his fielding, plate discipline, and hitting as well as lead all first basemen in base running.

Not too far off is the incomparable Joey Votto as he continues to display his legendary batting eye, leading all players at this position in plate discipline.

Meanwhile, Anthony Rizzo and Ryan Zimmerman are a distant third and fourth in these rankings as the latter player is having himself a renaissance of sort, while the former is enjoying life at the leadoff position.

Over in the American League, a couple of relatively unknown who have received a new lease on baseball life with different teams are taking the junior circuit by storm. Logan Morrison and Yonder Alonso lead this new breed of first basemen as the AL is experiencing a changing-of-the-guard at the position.

Meanwhile at the hot corner, a healthy Anthony Rendon is proving why he came with so much buzz when he was a hotshot prospect for the Washington Nationals, leading the position in plate discipline while possessing an elite glove to match his hitting prowess.

The fight for second place in the National League is becoming a rivalry in itself as Kris Bryant and Nolan Arenado are going back-and-forth for the current backup spot. Arenado is the position’s best fielder and has the edge in base running, but Bryant has the advantage in hitting and plate discipline. Bryant has a miniscule seven-tenths of a lead over Arenado for now as both of these guys will continue to battle it out at the hot corner.

In the American League, Jose Ramirez continues to impress and show off his versatile game as he’s proving that last season was no fluke. Meanwhile, Ramirez’s rival in the AL Central division, Miguel Sano has carried a big stick this season and leads all third basemen in our hitting metric. Sano continues to work on cutting back on his strikeouts and has already seen an increase in Walk Rate.

Data extracted from fangraphs.com on June 26, 2017