Will the Rick Porcello Contract Impact Chris Tillman and the Orioles?

While the Porcello contract extension was no doubt panned in the Baltimore front office the good news is that Chris Tillman is under the Orioles’ control for another three seasons. 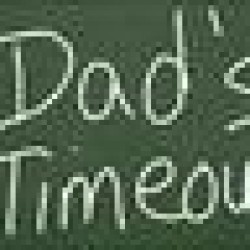 Earlier this week the Boston Red Sox signed right-hander Rick Porcello to a four year contract extension worth $82.5 million before he ever threw a pitch for the team. Porcello’s deal came as a surprise as the 26-year-old was slated to become a free agent following the 2015 season. Porcello gave up his opportunity to test the free agent market next offseason and the Red Sox gave $20 million per year to a pitcher with just two above average seasons to his credit. The new Porcello/Red Sox pact could muddy the waters for a much discussed Chris Tillman extension with the Orioles.

Tillman is nearly a year older than Porcello but he will not be eligible for free agency until after the 2017 season. Tillman’s early struggles and frequent minor league stints resulted in the Orioles gaining extra years of team control. Tillman was honing his craft at Triple-A while Porcello was scuffling at the back end of the Tiger’s rotation and accruing Major League service time. Tillman has advanced over the past three seasons posting a 39-16 record in his last 83 starts. He has also posted an OPS+ of 144, 110 and 114 over that same period.

A long-term deal for Tillman would likely involve locking up his two arbitration eligible seasons (2016 and 2017) as well as two additional seasons. Under such a scenario Tillman would become a free agent after the 2019 season when he would be 30 years old.

The Orioles have notoriously avoided long-term contracts for pitchers. The team is already regretting the four year pact it signed with Ubaldo Jimenez prior to the 2014 season. Baltimore may be open to a four year deal for a home grown product like Tillman but the money could be the holdup. The Orioles have never paid any player $20 million in a single season and that precedent isn’t likely to change under the current ownership. Tillman, who has out-pitched Porcello over the past three seasons, will be looking for big money to delay free agency. If the Red Sox are willing to guarantee Porcello $20 million per season it’s likely that some team will offer Tillman a similar deal when he becomes a free agent.

While the Porcello contract extension was no doubt panned in the Baltimore front office the good news is that Tillman is under the Orioles’ control for another three full seasons. The Orioles have plenty of time to convince Tillman to make a long-term commitment to the organization as long as Duquette and company can convince ownership to pay the pitcher the market rate.

Baseball Q&A: Alex Rodriguez is Breaking Bad and Other Baseball Questions
Must See Video and Highlights For April 11, 2015