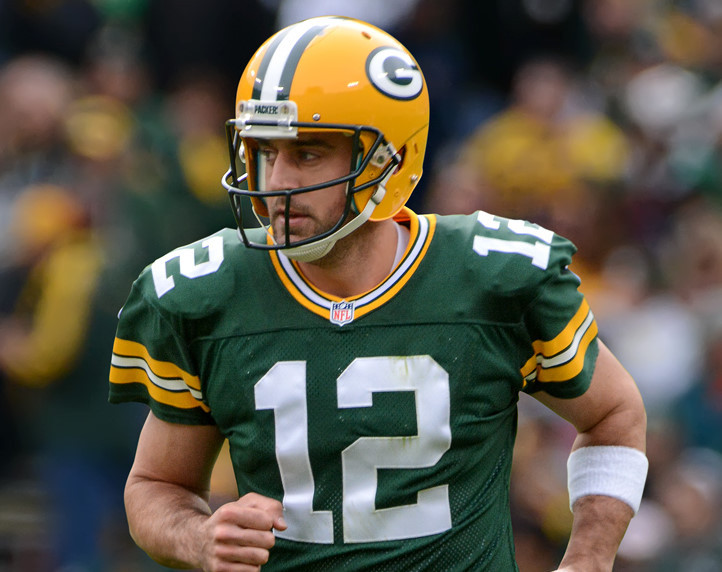 Finally. Finally, a move was made. And finally, we have a week set up for excitement.

We began last week’s column with the notion that a relatively random set of outcomes had been featured recently and mentioned that this lack of a developing trend placed the state of picks on proverbial thin ice. In Week 13, the ice cracked, and one side of the scale crashed through: underdogs.

Favorites went 10-5 in Week 13 but, as much as we love to lean on underdogs, we managed a winning week, regardless. Remaining afloat when such moves occur is critical to success – especially with the struggles we have endured, this season – as it gives us an edge when another shift occurs. But, the anticipation for Week 14 is not built solely on the one-sided nature of last week. It is enhanced by the magnitude of can’t-miss, excellent matchups that just-so-happen to be littered throughout this upcoming schedule of NFL action.

The 10-2 Raiders begin the week with a divisional matchup. The Giants and Cowboys will be in the spotlight on Sunday night. And the New England Patriots will host the Baltimore Ravens to close out the weekend. With that, Week 14 might be the most exciting slate of games we have seen in the last month.

While some games may have lost some luster without either team in playoff contention – we’re talking to you, Chargers and Panthers – the Seahawks and Packers did their part to ensure an excellent late-afternoon conference matchup will take place in Green Bay. For the Packers, it is another critical game in the quest to stay in the NFC North race – especially with the Lions expected to beat the Bears earlier in the day. For the Seahawks, a division title could be clinched on Sunday if Arizona loses in Miami and Seattle pulls off the road victory.

For the football fan, non-divisional rivalries rarely give us more excitement than the Seahawks and Packers provide whenever the two meet. But where they meet is critical.

Including the wild playoff game from the 2014 season that went to overtime, the home team has won the last five matchups between Green Bay and Seattle. This is not surprising, as both fan bases take pride in creating a home field advantage for their squads. Whatever the crowd is doing has clearly worked, as the home team’s success stretches back even farther, with a 10-1 record over the last eleven meetings.

Extended trends are always a potential risk to break, but the Seahawks are actually entering Sunday’s game with their own potential issues. All four of Seattle’s non-wins – three losses and one tie – and four-of-its-five worst offensive performances occurred on the road. In fact, the Seahawks needed an epic goal-line stance against Tom Brady and the Patriots to avoid going to overtime when playing in New England, weeks ago.

We also cannot overlook the loss of Earl Thomas, as it will have some negative impact on Seattle’s ability to limit Aaron Rodgers and a Packers offense averaging 25.9 points-per-game over the last seven weeks. We tend to dismiss injuries to a single player, but the three-headed monster – the ‘Legion of Boom’ – of Thomas, Richard Sherman, and Kam Chancellor are obviously at their best when all on the field together.

Green Bay’s defense had been suspect but, until Seattle’s recent explosion against Carolina on national television, Seattle’s offense was relatively ill-suited to take advantage. Even with the 40-point showing, the Seahawks rank 20th in the league in points.

With seven consecutive playoff appearances despite only two seasons in which they won more than eleven games, the Packers have the historical pedigree of elevating their game and winning close races late in the season. Green Bay will not yet bow out of the fight, and the relative health and now bevy of weapons on the offense – including former Seahawks running back Christine Michael – will be enough to keep the Packers’ playoff hopes alive.

Green Bay wins a tight game by a single point, beating the spread.

One of the best weekends of the 2016 season concludes with an ideal matchup between the 10-2 New England Patriots and the one team that many consider the most capable of knocking them off – the Baltimore Ravens. To enhance the beauty of the matchup further, the Ravens were kind enough to obliterate the Dolphins 38-6 in Week 13 and remind us just how good Baltimore could be.

The Patriots know this. They will be prepared.

As usual, the spread for a game involving New England is large – at the time of this writing, the second-largest of the weekend. The reason behind an inflated number is the typical result of the Patriots’ name deserving extra attention due to historically incredible success against the spread. But we just noted Baltimore’s ability to make New England’s life difficult. Doesn’t this count for something?

Actually, no. If the Ravens’ recent big win and impressive resume against the Patriots is not enough to yield a smaller number – and higher likelihood of a close game – then it is because Monday night should not be a repeat of what we have come to know between these two teams. Instead, it should be a repeat of what the Patriots do to the rest of the league – win in impressive fashion.

We already saw New England drop a rare, Primetime game at home – in which it was also favored by roughly one touchdown worth of points – when Seattle withstood four attempts at a touchdown from the two-yard line to end the game. Four weeks later, the Patriots are in the exact same position, including facing a top-flight defense. It won’t happen again.

The Patriots are still the class of the AFC, and will be out to prove it on Monday night in front of the entire football-watching world. Baltimore’s explosion occurred one week too early, where New England – which has failed to break the 30-point barrier in all four games since its Week 9 bye – is about to pop. At least, as much as one could against a Ravens defense that has not allowed more than 28 points in a single game, all year.

The Patriots win by ten and beat the large spread.

Click here to sign up for Sporfolio to get more NFL Picks Against The Point Spread, Daily Fantasy Football advice and Daily Fantasy Hockey Picks

Related Topicsfnfl picks against the spread