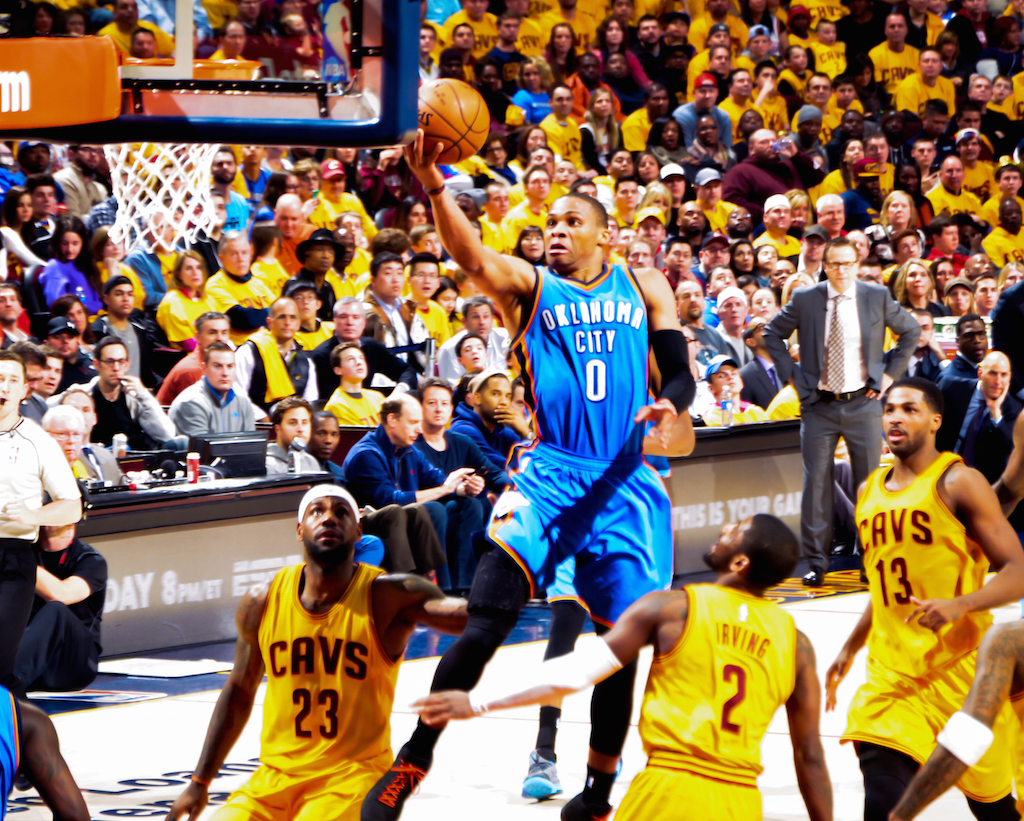 Note: Superior value may arise later in the day with injury news, as well as shifting the best high end options, as it commonly does, but as of being written, typically before 9 AM, these are my favorite plays.

Be wary of Nets players sitting, specifically Brook Lopez and Thaddeus Young. Thomas Robinson becomes an elite play if one or both should sit.

I don’t trust Scott Skiles. It’s that simple to me at this part of the season. There are too many other landmines for me to deal with than for me to even fathom going through Skiles ruining another lineup for me.

This will probably be the go to value play, unless new value emerges through the day. Let’s stop kidding, it will, but at this point in the day Larkin is the price per $ champ. I prefer to go balanced today as Larkin is extremely prone to putting up a dud, especially when he’s popular.  I love Kyrie and Wall so much at the PG spot so I may go balanced and avoid him.

His minutes limits have been ‘loosened’ starting Monday according to Fred Hoidburg, but he played his recent 35 average of 35 minutes. Is tonight the night he returns to form? Some Monta Ellis defense just might do the trick, but one of these days he will return to form and destroy his current price tag and win someone a bunch of racks.

Nerlens Noel is questionable to play in this game, as well as Richaun Holmes. ($6.1K)Robert Covington gets a significant boost when all of these guys are out, especially Noel and Grant. If two of the three don’t play he may play the 4 most of the night, which is favorable vs a weak Charlotte front court. If two of Grant, Holmes, or Noel play, I would downgrade Covington significantly due to the likelihood of facing the tougher match up of Nicolas Batum.

Batum and Kemba Walker have incredible matchups, but both seem to play far better at home than on the road.

This Season vs Opp. Avg.: 2 games, 15.4 Fpts in 25 Mins
With some combination of these 76ers certainly out, Thompson should remain in the 33 minute range, as hehad that many at least in his last 4, and could push for more. He has been averaging 24.1 Fpts in 33.2 Mins in the last week, and at $4.5K, he is likely to crush his price tag’s value.

I am not sure why, but Westy underperformed the last two times he played Detroit. I will play KD over him due to this small trend, but if your roster construction leads you to Westbrook, I’m fine with it.

Whenever one of the big 3 sits the other two will be in all my lineups,especially in this dream matchup at all positions. Play Kevin Love and Kyrie Irving in every lineup for all the money.

I was willing to take a shot on J.R. Regardless, but with Lebron out, his usage jumps to 22.2 and he gets some James Harden defense. Shump is also a GTD. If he were to sit, J.R. Swish would be a must play in my eyes.

The Wizards can still make the playoffs and you can guarantee Wall will do everything in his power to get there. He has 10 plus assists in 9 straight games and 16 or more shots in 7 straight. This guy is doing some serious work. I think I prefer Wall to Curry due to Curry’s ability to defer to Klay or Dray, while Wall has to do everything every game.

The new rotation Steve Kerr has Klay coming out early in the 1st and returning at the end of It and dominating the shots with the second unit. I believe this is a big reason his shots have increased and he has been ultra productive the last two games with 40 real life points in both. The Wizard’s are known for being exposed on the wing. Klay is still too cheap right now.

I think Bradley Beal may sit this game after having an ankle injury, which had him in the locker room. The Wizards will certainly sit him in one of these games on this back to back.

Paul Pierce is not expected to play. Markieff Morris (calf) expected to be active on Tuesday; Alan Anderson (groin) to be out

Gortat’s minutes are up, getting 33 mins or more in 5 out of the last 6, with the Wizards making a push for the playoffs. Gortat will receive a boost in scoring if Bradley Beal is out.

Porter is a decent play, but is even better if Beal sits. He has been encouraged by John Wall to shoot more which is positive, but he still rarely eclipses 15 shots.