A complete series breakdown of the Canucks vs. Flames round 1 NHL Playoff matchup. 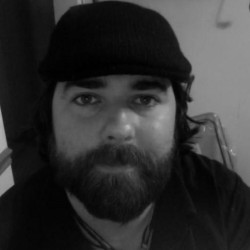 Devils Insiders
XN Sports and DevilsInsiders.com have teamed up to bring you in-depth NHL coverage.

Raise your hand if you had this as the 2-3 matchup in the Pacific coming into the season? Exactly. These two teams surprised many by finishing above both the San Jose Sharks and defending champion LA Kings. But this is no fluke. Both the Canucks and Flames played well all year and are certainly deserving of a series.

These two teams share a heated rivalry that has seen some fantastic finishes. The teams met in the playoffs in 1989, 1994 and 2004, with the winner eventually going on to the Stanley Cup Finals. Though it seems like the historical trend will be bucked this year, these two teams should expect a long, hard fought series.
Vancouver returns to the playoffs on the backs of the Daniel and Henrik Sedin, who have been masterful, once again. The Canucks are getting healthy on defense, but the question mark for Vancouver is in net. Ryan Miller is finally healthy, but Eddie Lack proved over the home stretch that he is plenty capable. Miller will be counted on to be the workhorse in net, but should he falter, it wouldn’t be out of the question to see Lack between the pipes.

The cardiac Flames make the playoffs after a sensational season brings them back to the tournament for the first time in six years. Led by young guns Sean Monahan and Johnny Gaudreau, the Flames are an exciting offensive team. Advanced stats will say that the Flames have no business being in the field, as they didn’t drive play at the rate that some of the other teams did, but, timely goal scoring and solid play from Jonas Hiller in net have the young Flames ready to go.

Sizing up the Canucks: The Sedins get a lot of the credit, but it’s the depth scoring of the Canucks that has paced them all season. The second line of Nick Bonino, Chris Higgins and Radim Vrbata have been strong as well. Throw in Shawn Matthias, Brad Richardson and Derek Dorsett on the third line and this is a very deep team offensively, especially when Zack Kassian returns for that line as well. On the back end, the Canucks finally have everyone back. Alexander Edler and Chris Tanev are a strong, but not overwhelming first pairing, but their depth on D goes all the way down to the third pairing. They have a nice mix of veterans who have been through the rigors of the playoffs, which should bode well against a Flames team that is swimming in uncharted waters. The key will be if Miller can give them consistent goaltending. His numbers, .911 save percentage and 2.53 goals against don’t exactly jump off the page and his health is an issue as well. At least for Vancouver, they do have the option of starting Eddie Lack if things go south for Miller.

What to expect from the Flames: Calgary is one of the feel good stories in the NHL coming into the playoffs, as they stuck around all year and defeated the Los Angeles Kings at home to bounce the defending champs from the playoffs and secure their birth. Though the Flames aren’t a prototypical heavy, polished Western Conference team, their team speed and ability to score is what got them here. Sean Monahan is becoming a stud, but outside of their top line, Calgary doesn’t throw anything too daunting at the Canucks with a second line of Mikael Backlund, Joe Colborne and Sam Bennett. The loss of Captain Mark Giordano might not have shown up so much in the regular season, but without him for what looks like at least this first series, the Flames will miss the two-way game that Giordano brings. In net, the Flames feature a netminder in Jonas Hiller who has been in the playoffs. Hiller is 12-12 in the playoffs, but with a .932 save percentage, lifetime while in the playoffs with the Anaheim Ducks.

Series X-Factor: The Sedins– There are plenty of others who could be considered important pieces in this series, but as the Sedins go, Vancouver goes. Teaming up with Alexandre Burrows, the Sedins will play big minutes and will be counted on to score. If they can keep up the type of play that they showed during the regular season, this line will be a struggle for the Calgary defense to deal with and will give Vancouver a major edge in the scoring department.

The Pick: Canucks in 6

The heart says Flames, but logic says the Canucks. Though the Flames did so well to get to where they are, teams generally need to learn how to lose in the playoffs before they learn how to win. The Canucks have a veteran group that has seen all sorts of playoff peaks and valleys and when all is said and done, Vancouver is a deeper team with more experience and it will show.